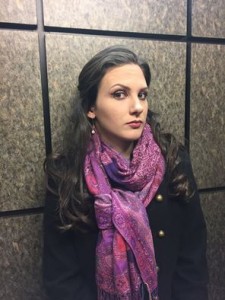 Megan graduated with a B.S. in Materials Science and Engineering at the New Mexico Institute of Mining and Technology (NMT) in 2012 with highest honers. She has been a Ph.D. Student at UIUC since August 2012 and joined the Krogstad research group in August 2014. Megan’s previous research includes fabrication of dye-sensitized solar cells at NMT. Following her research at NMT, she joined Los Alamos National Laboratory (LANL) as a student researcher where she investigated methods to increase stability of UO2 pellets during the nuclear fuel cycle. Also while at LANL, Megan analyzed discontinuous phase transformations during aging of uranium-niobium alloys. Megan’s current work focuses on characterizing the microstructure of sputtered metallic thin films in order to understand their creep and oxidation behaviors relative to bulk materials. Megan utilizes techniques such as focused ion beam liftout (FIB), scanning electron microscopy (SEM), transmission electron microscopy (TEM), and scanning transmission electron microscopy (STEM). Megan’s awards include the Ashman Award from NMT in 2012 and the Hamer Fellowship from UIUC that same year. 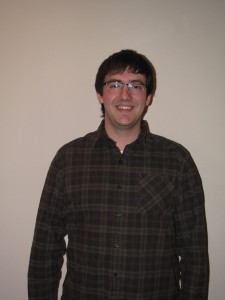 Charles joined UIUC and Jessica Krogstad’s group in August of 2014. He graduated in May of 2014 with a B.S. in Materials Science and Engineering from the University of Minnesota-Twin Cities. During his undergraduate studies he also worked as an intern at Medtronic, a large medical device company. During his work with Medtronic, Charles developed a browser-based requirements tool used for corporate requirements flowdown. He also studied the effect that inclusions have during fatigue cycling of nitinol. He helped develop test fixtures and methodologies needed to evaluate the impact of different types of inclusions in a superelastic material system under a variety of strain conditions. Charles currently studies ferroelastic toughening mechanisms in ceramic materials. He will be characterizing the impact that various microstructural effects including variations such as grain size, orientation, and phase constituency, have on the extent of ferroelastic switching in ceramics. Charles received the Hamer Fellowship from UIUC in 2014. 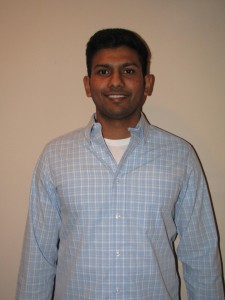 Pralav graduated with a B.S. in Mechanical Engineering and minors in Engineering mechanics and Mathematics from The Pennsylvania State University (Penn State) in December of 2013. He joined Jessica Krogstad’s research group at UIUC in August 2014. Pralav’s previous research includes tissue cutting mechanics using scalpel blades and tribological effects between hypodermic needles and tissue at the Precision Medical Instrument Design Lab at Penn State. He also performed small-scale testing of cord rubber composites and developed cost-savings applications at The Goodyear Tire and Rubber Company in Akron OH. Pralav’s current research focuses on systematic studies of structural thin films by means of building, testing, and characterization. He uses techniques such as electron microscopy, sputtering, and micromechanical testing.